Hi everyone! Today I have a post that’s a bit different for me. I don’t read that much nonfiction, I mainly read YA fantasy and Sci-fi, YA Contemporary, Romance and Mystery. Nonetheless, from time to time, I’ll pick up a nonfiction book and more times than not, I’ll love it. So, I was thinking the other day that maybe some of you also like to read nonfiction from time to time and if that nonfiction is diverse that’s even better and that’s why I decided to share with you some of my favorite diverse nonfiction books.

Without further ado, here they are:

In Order to Live: A North Korean Girl’s Journey to Freedom by Yeonmi Park & Maryanne Vollers

Human rights activist Park, who fled North Korea with her mother in 2007 at age 13 and eventually made it to South Korea two years later after a harrowing ordeal, recognized that in order to be “completely free,” she had to confront the truth of her past. It is an ugly, shameful story of being sold with her mother into slave marriages by Chinese brokers, and although she at first tried to hide the painful details when blending into South Korean society, she realized how her survival story could inspire others. Moreover, her sister had also escaped earlier and had vanished into China for years, prompting the author to go public with her story in the hope of finding her sister.

Why I recommend it?: I think this is a perfect book for YA readers that want to try nonfiction, especially for readers who like hard hitting contemporaries, because it tells the story of a girl that goes through many heartbreaking things and it focuses on a relatevely small period of time, not like other nonfiction books that tell the story of someone’s entire life. This book is hard to read, because the whole time you know this actually happend to a girl, you know it happens to a lot of girls all over the world. This is heartbreaking, horrific and honest. I’ll admit that the writing isn’t the best and that made it a bit harder to connect to the story, but I still found it an impactful and touching book.

Redefining Realness: My Path to Womanhood, Identity, Love & So Much More by Janet Mock 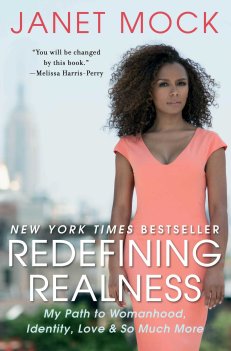 In 2011, Marie Claire magazine published a profile of Janet Mock in which she stepped forward for the first time as a trans woman. Those twenty-three hundred words were life-altering for the People.com editor, turning her into an influential and outspoken public figure and a desperately needed voice for an often voiceless community. In these pages, she offers a bold and inspiring perspective on being young, multicultural, economically challenged, and transgender in America.

Why I recommend it?: This book is incredibly thought-provoking, because Mock doesn’t hold back, she is achingly honest and that makes her story and what she has to say so compelling.  Mock talks about being biracial, trans and poor, she talks about poverty and prostitution, about her priviliges for “passing” as a cis woman, about what’s consider to be the ‘right’ kind of trans women and why that needs to end.  This book is insighful and moving, as well as beautifully written and I feel like everyone should pick it up. (Full review)

Hunger: A Memoir of (My) Body by Roxane Gay 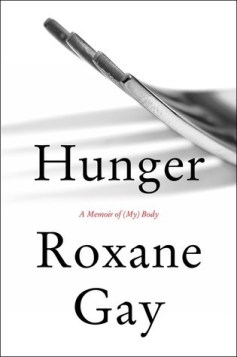 In her phenomenally popular essays and long-running Tumblr blog, Roxane Gay has written with intimacy and sensitivity about food and body, using her own emotional and psychological struggles as a means of exploring our shared anxieties over pleasure, consumption, appearance, and health. As a woman who describes her own body as “wildly undisciplined,” Roxane understands the tension between desire and denial, between self-comfort and self-care. In Hunger, she explores her own past—including the devastating act of violence that acted as a turning point in her young life—and brings readers along on her journey to understand and ultimately save herself.

Why I recommend it?: This book unlike the two that I have already mentioned, it’s made up of essays, so there’s no linear story. There are extremely personal essays, including a incredibly heartbreaking essay about rape (huge trigger warning!), but then there’s also essays about various subjects like how harmful tv shows about losing weight can be. Still, this is mainly a book about Roxane Gay’s relationship with her body, with her weight, with food and it’s personal, raw and honest. This is a very hard book to read, but it is so powerful because it’s talks about her experience as a fat women in a world not built for her in a way that makes you empathize, that makes you see things as common as chairs in a new way because you see them through her eyes.

In Furiously Happy, a humor memoir tinged with just enough tragedy and pathos to make it worthwhile, Jenny Lawson examines her own experience with severe depression and a host of other conditions, and explains how it has led her to live life to the fullest:

“I’ve often thought that people with severe depression have developed such a well for experiencing extreme emotion that they might be able to experience extreme joy in a way that ‘normal people’ also might never understand. And that’s what Furiously Happy is all about.”

Why I recommend it?: Out of all these books, this is the less heartbreaking and the one that has the most humor, but that doesn’t mean it’s not a very important and touching book. This book focuses on living with a mental illness, on how that looks like in the day to day and on the good and bad that comes with it, and it handles those topics in such a brilliant way. At some points while I was reading, I couldn’t believe someone had the words necessary to explain certain feelings and experiences, that’s how good Jenny Lawson is at translating her experience with depression into words. I would recommend this book to anyone, but particulary, to people that struggle with mental illnesses, I found this to be – as strange as that may seem- a very reassuring book.

Do you have any diverse nonfiction books to recommend? Have you read any of the books I mentioned? is any of them on your tbr?